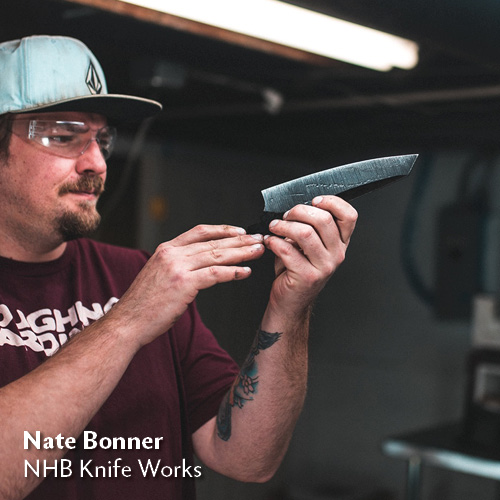 My company exists with the help of my family. I started the company with my step mother 7 years ago. I previously worked as a chef (graduate of the New England Culinary Institute). I started in the food and beverage industry as soon as I could obtain a work permit at the age of 14. I began as a dishwasher and worked my way up, attending several culinary programs along the way and earning several executive chef titles. I was always knife obsessed and this seemed to the natural path for me to go down. I began to teach myself and eventually met several acomplished knifemakers who would go on to mentor me.

My family and I eventually opened our own knife production and retail shop on historic route 66 in Maplewood, Missouri suporting a full time staff. We all enjoyed some great but short lived success. At the peak of our sales I regrettably ended up with a knife in my hand. After emergency surgery and 8 months of physical therapy, we had lost too much time and production. I will say that I was very blessed to have my family and several knifemakers helping to keep the company afloat during that turbulent period. After a long time trying to recover financially and getting our quality and consistency back on track it was just too late. We closed the doors just over 1 year ago.

When one door closes, another one opens. I was offered a private work space 3 doors down from my old space in what is now one of the oldest operating hardware stores in St. Louis. Today I love my workshop and have a great relationship with the owners and the community who has stuck with me an supported me through the good and “not so good” times. I relearned how to grind and forge weld in a way that works for me and am happy to say that in this past few years I have produced some of my best work. Recently, I have completed a 2 week forging course at the New England school of metal work and will be attending 3 more courses around the country in 2021 to further my bladesmith education.

I look forward to long and safe carrier of figuring out this thing called “knifemaking”.

Sneak peek of some of Nates DCI knives that will be available at the show.
Click on the images to enlarge them. 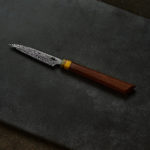 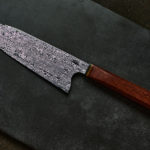 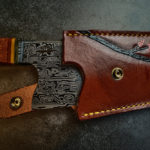 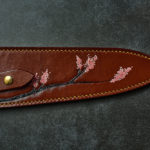 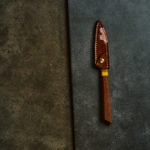